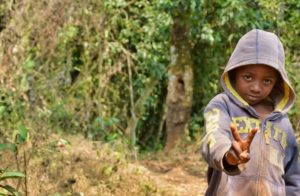 Schools in Cameroon have been closed for the last 3 years

From Schools in Cameroon have been closed for the last 3 years – Newsbook July 31, 2019

“Cardinal Christian Tumi, the Archbishop emeritus of Douala, has called for the schools in Cameroon’s troubled Anglophone regions to be re-opened at the beginning of the forthcoming scholastic year, two months from now.

The country’s North West and South West regions have been suffering an ongoing insurgency by English-speaking rebels complaining of discrimination and marginalization by the French-speaking majority.

The boycotts began in 2016 with a strike by lawyers and teachers protesting the use of French in courts using the Anglo-Saxon common law tradition (practiced in the English-speaking parts of the country) and in Anglophone schools, and it soon boiled over to the general public, with many Anglophones calling for outright secession.

Since then, armed rebels have enforced the school boycott, leaving children in the two regions without an education for three years. “It can’t continue this way,” the cardinal told Crux in his Douala residence.

In a recent visit to his hometown Kumbo, Cardinal Tumi said he came home with the shocking realization that schools in that part of the country do not function anymore. “A people who go for a single moment without school – what future do they have?”

“Assuming that these boys become political leaders tomorrow, where will they get the educated ability to work with for the good of the state?” asked the cardinal, referring to the  rag-tag force fighting for the independence of the English-speaking regions of Cameroon.

The Prelate noted that most of these boys are illiterate, and he said he doubted whether they really understand “the importance of education for the human being.” He also admonished them for kidnapping teachers and students and described such actions as “torture.”

“There is a Catholic school in my village – St. Augustine’s College – where they went and kidnapped 150 students at night. These were children between 12 and 14 years. They were taken at night without shoes on and forced to trek for several kilometers. It’s torture,” the cardinal said.

“No matter their convictions, even if they are convinced that it’s necessary to continue fighting against established authority, they should allow schools to continue,” Cadinal Tumi said.

Church leaders in Cameroon have accused the government of being heavy-handed in its actions against the separatists, and complained that innocent civilians are the ones suffering the most.

Rather than negotiate, the government opted for military force to quell the tensions, leading to several deaths. So far, at least 2,000 people have died in the conflict, and over 400,000 have been driven from their homes.

Copyright © 2022 All Right Reserved By KNTS